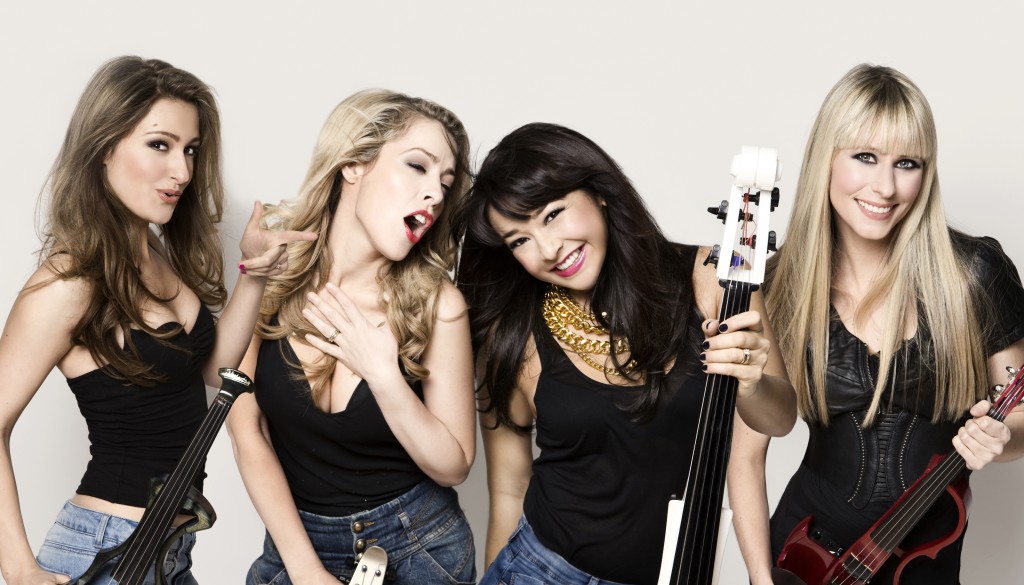 BOND was hailed in the press as ‘the Spice Girls of Classical music’, and had turned the world of classical crossover music on its head, spawning many electric string groups inspired by its unique sound.

BOND draws its inspiration from classical, latin, folk, jazz, rock, pop, electro, Indian and middle eastern styles, has built a very active and loyal international fan base over the years and, since its debut, has sold over 4 million albums worldwide, making it the best-selling string quartet of all time.

The musicians, educated to the highest standard at some of the world’s most celebrated music institutions (Royal Academy of Music, Royal College of Music, Guildhall and Trinity College of Music), are pure entertainment, serving up a genuinely genre-defying act willing to explore the joy of music regardless of the cultural hamstrings.

Their debut album, ‘Born’ released October 2000 is featured in the biggest top 40 albums by girl bands from the UK Official Charts.

Their new single, ‘Experience’ is out 18th June.

Choose your retailer here for their latest EP ‘The Collection”

For all music check out their Spotify: